Let me start us off by stating that the vegan lifestyle has been medically proven to be completely healthy and a wise alternative to most cholesterol filled diets the majority of the planets indulges on. However, before turning away completely from animal-based foods, one must be wary of the deficiencies that could occur within your body, and could very well be vegan diet health risks.

Vegan diets are generally low in omega-3 fatty acids, seeing as fish and eggs are not consumed. It is important to consume sources of linolenic acid, in order for the body to adequately produce long chain n3 fatty acids.

It is important to note that vegans are prone to omega 3 fatty acid deficiency. Symptoms of this deficiency include dry skin, cardiovascular problems, fatigue, mood swings, and even depression.

Nevertheless, there are other sources of omega 3 fatty acids available for vegans. Linolenic acid can be found in good amounts in products such as soybean oil, flaxseed, soybeans, canola oil, walnuts, tofu and walnut oil.

Now vitamin D is found in dairy products and milk, which are of course of the menu for vegans. Yet, luckily out body is kind enough to produce vitamin D when it comes in contact with sunlight. Studies show that exposing your hands and face to sunlight for half an hour every other day will allow your body to produce enough vitamin D to cover your needs. That is if you are already consuming a minimum amount of vitamin D through your diet. 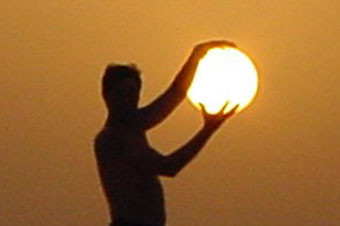 However vegans and families who wish to bring up children with a vegan diet must be aware that they require a supplementation of vitamin D.

This hold especially true for exclusively breastfed infants, children and teenagers who do not consume vitamin D fortified milk each day, or those on a vegan diet who are not on a multivitamin regimen that contains at least 200 units of vitamin D.

These groups are especially prone to vitamin D deficiency. Now while symptoms of this deficiency can be quite subtle, such as bone pain and muscle weakness, a low intake of vitamin D is one of the vegan diet health risks. Low levels of vitamin D have been associated with increased risk of cardiovascular disease, asthma in children, cognitive impairment in adults and cancer.

To avoid such unpleasantries be sure to add to your vegan diet vitamin D-fortified soy milk and cereals.

Dairy products are the main source of calcium available for consumption. One of the vegan diet health risks is developing hypocalcemia due to consumption of foods that contain little to none calcium. Early stages of calcium deficiency may not come with any warning signs, but as the deficiency progresses severe symptoms can arise. These include muscle spasm, memory loss, tingling and numbness in the hands, face and feet, depression and even hallucinations. 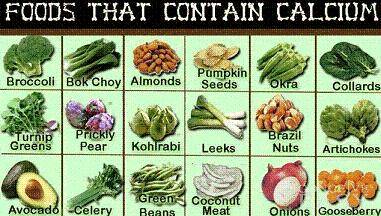 It is important to note that a calcium deficiency that has gone unchecked for too long can increase the risk for osteoporosis.

Vegans are advised to add to their diet calcium-fortified products such as soy formulas, soy cheese, soy milk, soy yogurt. Soon to be or new vegan mother should note that soy milk should not be administered to infants before the child is 1-year-old. As for infants that are not breastfed, there are calcium fortified soy formulas available.

Aside from fortified products, there are other foods that contain calcium as well. The foods in question are figs, collard greens, blackstrap molasses, sesame seeds, broccoli, and kale. Though, large quantities of these products need to be consumed in order to provide a sustainable amount of calcium for the body.

Zinc is an essential trace element whose absorption is impaired by naturally occurring phytates in grains and vegetables. Therefore, those adhering to a vegan diet require higher quantities of Zinc than omnivores. Zinc deficiencies should not be taken lightly, can appear fairly easily, and are another one of the vegan diet health risks.

However there are cooking methods that help Zinc absorption, for example soaking beans and then discarding the water before cooking them. There are also plant products that contain a considerable amount of Zinc: tofu, nuts, whole-grain pasta, wheat germ, cereals and yeast bread.

Iron is an essential component of red blood cells, facilitating the transportation of oxygen. The easiest iron to absorb is a natural component of meat products, called heme iron. The iron that occurs in plants has a lower bioavailability than heme iron, and phytates contained in vegetables inhibit the absorption of iron. Thus, these products need to be consumed in higher quantities in order to deliver an adequate level of iron. 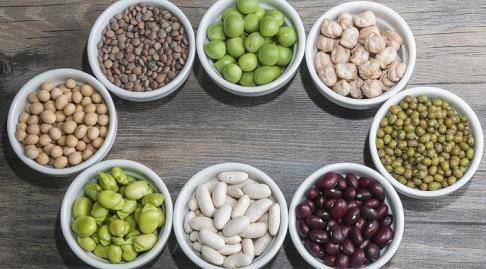 Vegans require almost twice the amount of iron than do omnivores. This increased need leads to easily formed iron deficiencies and is one of the most common vegan diet health risks.  Iron deficiency anemia can have very tempered symptoms, and most people will not realize they have it until it worsens.

Symptoms of moderate to severe anemia include fatigue, weakness, shortness of breath, headaches, brittle nails, irregular heartbeat, pale skin, dizziness, cold hands and feet, swelling of the tongue, and sometimes a craving to eat items that are not biological (dirt, clay).

If left untreated it can lead to other health problems, such as:

It is highly recommended that those following a vegan diet consume products rich in vitamin C in order to facilitate the absorption of iron from plant sources. Iron-rich foods like dried fruits, bulgur, spinach, dried beans, fortified cereal and soy products should be consumed with tomatoes, oranges or even strawberries. This will facilitate a higher Iron intake.

Vitamin B12 is paramount for blood formation and cell division. The best natural source of vitamin B12 is animal meat, yet other sources of B12 include cereals, nutritional yeast, breads and fortified soy products. However these need to be consumed in high quantities, and thus vitamin B12 deficiency can install within those with higher nutritional needs (infants, children, pregnant women, breastfeeding women, the elderly) 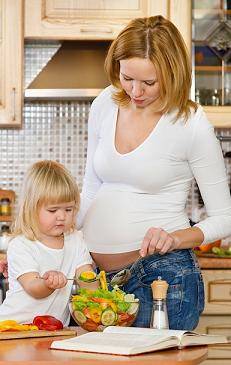 A mild deficiency will most likely not cause any symptoms as it is masked by a high intake of folic acid.

However if left untreated it can manifest itself through anemia, constipation or diarrhea, loss of appetite, vision loss, heart palpitations, muscle weakness or numbness, and even depression, memory loss, behavioral changes.

Vegan mothers who are breastfeeding should also be aware that if their diet does not contain adequate levels of vitamin B12, neurological disturbances can potentially occur within their infants, this being one the most significant vegan diet health risks.

Protein is essential for tissue repair, growth and optimal function of the immune system. Since vegans remove all meat from their diets, it is very important to be knowledgeable about alternative protein sources.

Meat products provide a concentrated and easily absorbable source of protein, yet vegetables and soy products are also a great source of protein. Protein deficiency is one of the most neglected vegan diet health risks. It is important to note that a high quantity of diversified vegetarian foods is required to fill out daily needs of protein.

It is recommended to seek the help of a registered dietitian in order to determine the exact needs and deficiencies of a vegan diet. It is in general children and teenagers who are at risk of developing a protein deficiency.

Before deciding to change your lifestyle make sure you inform yourself of all the details regarding the diet you are about to adhere to. Each diet has its perks and its downsides, I hope this article gave you a good idea of the vegan diet health risks.

How Infection And Infertility Go Hand In Hand