Gaming addiction and subsequent internet addiction is defined as the use of internet and gaming as a medium for escaping negative feelings and situations. Addicts will continue to game despite experiencing negative emotions rated to gaming and desiring to stop. Those addicted to gaming will constantly think about their game, in whatever setting they might be and experience unpleasant emotions when gaming is impossible.

Gaming and subsequent internet addiction have been found to be associated with increased blood flow to the areas of the brain that are involved with pleasure and reward centers, whereas the areas that control visual and hearing processes, see a reduced amount of blood flow. These changes in brain blood flow have also been observed in gambling addiction and substance abuse.

A study has also shown that in moderate to severe cases of gaming addiction, the brain of 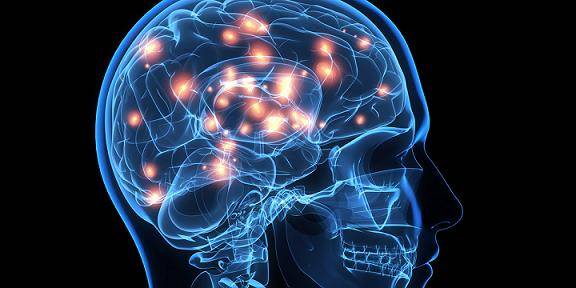 the participants showed increased activation of the disembodiment related areas.

This is translated in a reduced sensitivity to monetary loss and increased reward satisfaction. The participants showed different levels of indifference towards the possible consequences of their addiction.

Gaming addiction has also been associated with certain dopamine changes. Intense and prolonged gaming leads to the reduction of dopamine carriers, this will cause dopamine to stagnate at a synaptic level.  The excess of dopamine at this level will stimulate surrounding neurons, resulting in an euphoric effect. This euphoric activation of the brain leads to high satisfaction in the player, making the player almost immune to hunger, fatigue and sleep deprivation.

Numerous studies have concluded that intense digital game usage is related to detrimental social and psychological health. Participants interviewed have presented symptoms of:

High engagement in online games has also been tied to a neglect of personal hygiene, socializing and abandonment of other hobbies.

Even more alarming, those suffering from a game addiction completely shut out the world surrounding them. They seek the comfort of the gaming world and gaming community. This is an alarming fact as a prolonged gaming addiction has the potential to severely impair a person’s life. 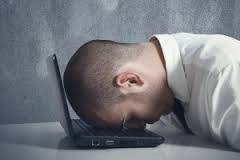 To take things a step further, a study on mental health compared participants with a gaming addiction to those without.

They found that the participants with a gaming addiction had:

As if gaming addicts did not have enough problems, there has been documentation of gaming withdrawal. It generally consists of restlessness, irritability and even acts of aggression upon the inability to continue gaming for whatever reason. Unfortunately, there is a lack of studies that can provide accurate clinical descriptions of gaming withdrawal symptoms. It is a field that requires more attention if we are to develop accurate treatment options and properly assist those suffering of gaming addiction.  .

De Quervain syndrome  or gamer’s thumb is a tenosynovitis of the sheath surrounding the two tendons that control the movements of the thumb. Those that regularly participate in intense activities that utilize a mouse or gaming controller are at risk of developing this disease. 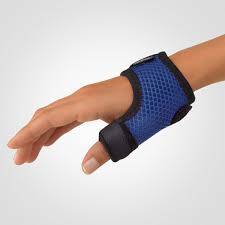 The debut of the syndrome is usually gradual. Any movement of the wrist and thumb increase the pain felt, which can extend to the forearm.

Although games have not been shown to cause epilepsy, they can trigger seizures in those already suffering of photosensitive epilepsy. This form epilepsy is quite common and is triggered by intense visual signals such as flashing lights, moving patterns. Those that have been diagnosed with this form of epilepsy should be cautious.

Migraines are an often occurrence in the life of those that spend extended hours with their eyes pinned to a monitor. Intense concentration, sleep deprivation, inadequate consumption of fluids and food facilitate these headaches. Migraine headaches usually debut in one area and then slowly spread and grow in intensity. The pain can be excruciating, and can be accompanied by dizziness, episodes of vomiting and blurry vision.

Backaches are a common symptom endured by many gamers. They usually appear due to prolonged sitting in one position or in detrimental position, such as hunching or leaning to the side. Lack of movement will cause soreness and stiffness to appear. If left uncorrected muscular-skeletal back problems could arise.

Due to the fact that most gamers are so entranced with their activity, they often chose to 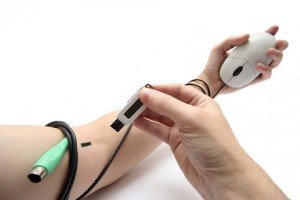 sacrifice time normally allocated to eating, in order to gain more time spent in the midst of the game. This gives way for eating irregularities to infiltrate their daily life.

Healthy balanced meals are switched with meals on the go, occasional snacks. More severe cases have been documented in which gamers forget to eat for extended periods of time, even days. This is especially alarming as anemia and other nutrient deficiencies can install.

Since those addicted to gaming spend the majority of their time in front of the computer they have little to no interest in taking care of their personal hygiene. Studies have found that gamers see no need to maintain a “clean look” since nobody will be seeing them anyway. Taking showers, washing their face, taking care of their teeth and hair become second thoughts and are seen simply as a nuisance.

This syndrome occurs due to the compression of the median nerve on its trajectory through the carpal tunnel located in the wrist. Consistent compression leads to swelling and irritation in the area. It is often developed by occupations that require overuse of a computer mouse or video game controller.  Symptoms include:

numbness, tingling sensations and pain perceived in the index finger, middle finger, the thumb and half of the ring finger. The onset of these symptoms is during the night, and they gradually progress.

If the cause is not removed and the condition is left untreated, degradation of the muscles situated at the base of the thumb can occur. This translates in a weakened grip strength and pain radiating to the forearm.

This is a serious condition that has been affecting gamers of every age. The competitive gaming scene has been seeing an alarming rise of this condition in many professional players.

Impressive enough there have been reported deaths due to people playing for extended periods of time without taking a break to eat, sleep or even use the bathroom.

One such case is that of a 28-year-old man from Taegu, South Korea. The man collapsed in an internet café after playing Starcraft for 72 hours straight. The staff at the internet café reported that the man had not slept or eaten during his marathon gaming session.

He later died at the hospital, the doctor’s official statement was that the cause of death was heart failure due to exhaustion.

As with everything in life, moderation is key. Science has proven through numerous studies the positive effects of gaming, yet anything taken in excess can have serious repercussions upon a person’s health.

Do yourself a favor and enjoy that soon to be released Hitman over the span of a few days, the game is not going anywhere, but your health might.

For those that cannot help smoking while gaming and wish to kick that bad habit to the curb, glimpse over our guide to quit smoking.

4 Hugs a Day Keep the Doctor Away!

ABOUT US
TryHealthier.com is here to provide you with cool tips on how to keep your body, mind and spirit healthy - in a way that is easy for anyone to understand . Enjoy our well researched articles with a pinch of the author's twisted sense of humor.
Contact us: [email protected]
FOLLOW US
© Copyright 2017 - TryHealthier || Created by BRANDION - Marketing Agency ||