Recent research on cannabis curing cancer has uncovered the exact mechanisms through which this phenomenon is possible. Whispers that cannabis kills cancer cells have been floating around communities for years without any hard evidence, yet those thoughts are slowly being backed up by research. There are over 60 cannabinoids in Cannabis Sativa, of which cannabidiol (CBD), THC, cannabinol, cannabigerol and cannabichromene are present in reasonably high quantities.

Of these, cannabidiol has been shown to possess no psychoactive effects and has been the prime focus of cannabis curing cancer research. Yet to name a few of its characteristics it is an anxiolytic, antioxidant,  neuroprotective agent, anti-convulsant, anti-arthritic agent and immune modulator.

The endocannabinoid system is abnormally regulated in certain physiological conditions, state that allows cancer cells to multiply and migrate. This is an important realization, making the endocannabinoid system a very attractive and potent target for cannabis curing cancer research and pharmacological intervention for the treatment of various types of cancer. It is also important to note that cannabinoids exert their effect specifically on tumor cells, without having any detrimental impact on normal cells.

Firstly, endocannabinoids are naturally occurring bioactive lipids within our bodies. Their 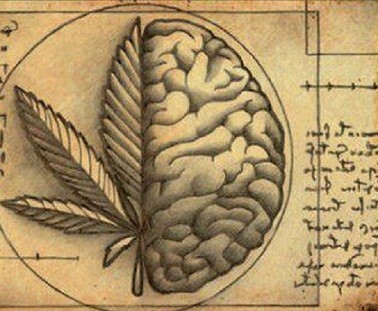 activities are mainly mediated by two receptor – CB1 and CB2. The endocannabinoids together with their receptors and the proteins that are responsible for their production, transport and degradation make up the endocannabinoid system.

This system is responsible for regulating numerous functions within the body including:

Manipulating this system by administering synthetic cannabinoids is being recognized as a very promising tactic for treating many diseases and has been the focus of cannabis curing cancer research.

When cannabinoids are introduced into the body, their effect is regulated by these two
receptors. The CB1 receptor is mainly located in the central nervous system and is responsible for mediating psychotropic(pain relief, temperature control, movement etc.) effects of external cannabinoids such as THC (the active compo

The CB2 receptor is located in inflammatory tissue and is responsible for delivering the anti-inflammatory effects of external cannabinoids.

Many studies have shown that cannabinoids coupled with the endocannabinoid system directly suppress tumor growth in vitro and in animal tumor models through several different pathways. Tumor growth and progression have been shown to be inhibited by synthetic and natural cannabinoids in numerous types of cancers such as:

Cannabis kills cancer by halting tumor progression through different mechanisms and at various levels. At least one of the following mechanism has been observed in all cancer types that have been tested.

THC  has proven to induce targeted cell death by inhibiting survivin signaling and overexpression in colorectal cancer. Survivin is a protein that prevents cell death and is normally only present in extremely small amounts in the adult body, yet it is over-expressed in most tumors and has been associated with poor treatment outcomes in cancer patients. 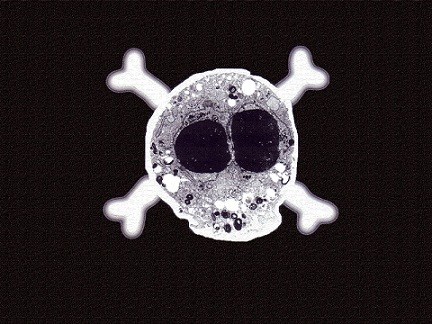 Another mechanism through which cannabis kills cancer cells is by stimulating the production of ceramide in human cancer cells.

Ceramide is a lipid that regulates several stress proteins and genes that exert their effect on a molecular level. High levels of ceramide have been associated with an increased percentage of cell death in human glioma, leukemia, pancreatic and colorectal cancer.

Cannabinoids have shown to inhibit tumor growth by directly impacting the pathways through which tumor cells proliferate. They trigger the activation of several enzymes, inhibit the activity of growth factors and modulate receptor responses within the tumor cells.

Reactive oxygen species have different effects depending on the metabolic rate of a cell. Tumor cells have a high basal metabolic rate, making them extremely susceptible to damage induced by these oxidative species, this being one of the main mechanisms through which cannabis kills cancer cells.

Cannabinoids Inhibit the Formation of New Blood vessels within Tumors

The formation of new blood vessels is a pivotal step in the growth and development of solid tumors. A staggering number of studies have shown that cannabinoids also influence tumor growth by inhibiting growth factors and directly lowering the density of blood vessels within the tumor.

Cannabinoids directly lower the number and size of cells th

at form new blood vessel within the tumor, but also their survival and migration rate.

An important part of the spreading of cancer is the migration of tumor cells. Initially, the primal tumor enters the blood or lymphatic vessels. Cancer cells migration is prompted by chemoattractants  and influenced by neurotransmitters.

It is also very well known that cannabinoids affect the activity of neurotransmitters. They can also inhibit cancer cell migration that is triggered by a norepinephrine release.

Tumor cells have an adhesive interaction with the microenvironment that surrounds them, that is essential for their proliferation, migration and metastasis. Cannabinoids decrease the affinity of cancer cells towards the proteins that make up the cell matrix and external layers of healthy cells that surround them.

They have been shown to reduce the adhesion of breast cancer cells to collagen components. They also decrease the affinity of cancer cells for healthy tissue in specific cancer types such as neuroblastoma, glioblastoma and lymphoma.

CBD has been shown to halt tumor cell invasion into local healthy tissue, as well as metastasis by directly shutting down the action of a pro-metastatic gene Id1. This action was observed in both animal and human models of breast and brain cancer. Id1 has been identified as essential for the progression and metastasis of breast cancer.  By limiting the expression of this gene, CBD interferes with tumor cell invasion. 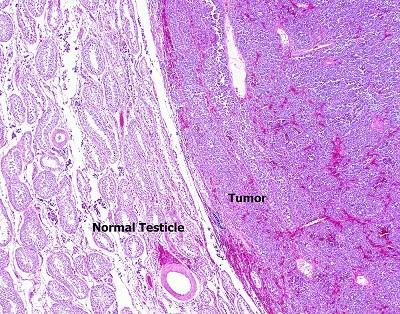 Another mechanism through which CBD inhibits tumor cell invasion and growth is by affecting the microenvironment of the tumor.

Chemical signaling between tumor cells and healthy tissue is interrupted and enzymes that degrade the extracellular matrix are inhibited by the CBD activity. These encouraging findings have been confirmed in human breast cancer cells.

For years there have been numerous claims that cannabis kills cancer cells and yet science is only just beginning to understand the mechanisms through which this is possible. It is still a very controversial subject as the use of Cannabis Sativa is still considered to be only for “personal entertainment” and has little medical practice. Yet, the cannabis curing cancer research is working hard to provide us with better knowledge and understanding of the potential of this herb.

If you would like more information on the medical effects of Cannabis we recommend you take a look at our article on the Benefits of Marijuana Juice, CBD for Parkinson’s Disease and Medical Marijuana for Hypothyroidism.