Aphrodisiac is a term used to define any food or drug that entices sexual instinct, heightens desire and increases performance levels and pleasure. The substances are obtained from animals, minerals and plants and since ancient time have been the subject of whispers and lewd conversations. There are many natural items that are considered to be potent aphrodisiac even in our modern times, yet only a few of them are scientifically proven aphrodisiacs.

Now we can classify aphrodisiacs into three types, depending on which aspect of sexual drive they increase. We have those that increase sexual pleasure, potency or libido. The herbs we are looking at today have been proven to fall into at least one of the aphrodisiac category.

Crocus sativus L., more popularly known as saffron, is a herb of the Iridaceae family that is cultivated mostly in Iran. Traditional medicine holds saffron in high regards as a potent aphrodisiac. 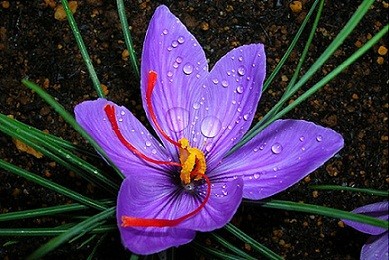 Studies were conducted on rats to observe the effects of saffron extract and its active components, crocin, sildenafil and safranal. The extract was administered to half of the test rats, while the control group received only saline.

The researchers then proceeded to closely monitor the frequency and level of mating, erection, and intromission of the participating rats.

They result showed that crocin in particular, increased all sexual parameters in rats. Now while studies on rats models have hugely supported the use of saffron as an aphrodisiac, the human trials have produced mixed results.

More on this study can be found here.

Panax ginseng has been considered to be the best aphrodisiac an individual can hope to find in the world. The effect that is mostly boasted and observed by administration of panax ginseng is stimulating the male erection. These effects have been studied and today it is considered that ginsenoside components directly influence the gonadal tissue and central nervous system. 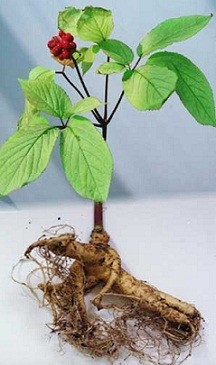 Ginsenosides help the body achieve a penile erection by mediating relaxation and dilatation of the blood vessels at penile level. These effects are facilitated by the antioxidant and cardiovascular protective effects of ginseng.

It is also important to note that ginseng consumption also facilitates secretion of hormones that mediate intercourse behavior and desire at the central nervous system level.

Not only animal but also human trials support and encourage the use of ginseng for treating sexual dysfunction.

Tribulus terrestris is a plant that belongs to the Zygophyllaceae family that grows in tropical regions. Studies have found that administering this plant to both humans and animals improves sperm production and libido. 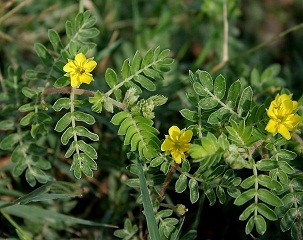 Studies on rats and rabbits have found that administration of Trubulus terrestris extract  stimulates erection and can also increase testosterone and luteinizing hormone levels.

Even more impressive a study on the aphrodisiac effects of  Tribulus terrestris  found it to be extremely effective for treating sexual problems of menopausal women.

After a 90 day treatment period, the women that participated in the study expressed better vaginal lubrification and stimulation, before and during the sexual act, and overall increased levels of pleasure.

More information on the studies can be found here.

Eurycoma longifolia , more commonly known as tongkat ali is a plant that belongs to the Simaroubaceae family. The plant is native to Malaysia and Indonesia. It is held in high regards by Malaysian men as it is considered to increase male performance and virility. 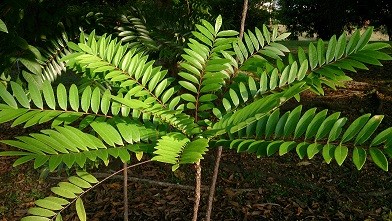 Numerous studies on both healthy and castrated rats were performed in order to test  water, methanol, chlroroform and butanol extracts of Eurycoma longifolia roots.

In all cases, the results showed that the plant significantly increases not only erection time and frequency, but also directly affected penile reflexes. It is important to note that the effects are dose dependent and that treatment with this plant for a longer period of time will yield improved results.

While the aphrodisiac effects of Eurycoma longifolia  seem promising, the plant also has anti-inflammatory and analgesic properties, making it easy to understand why it is one of the most popular medicinal herbs in Southeast Asia.

More information on this herb can be found here.

Montanoa tomentosa is a plant that belonging to the Asteraceae family, that has a long history of traditional medical use for sexual impairment. 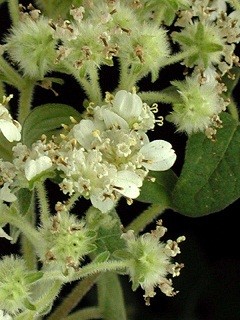 Studies on the effects of this plant were conducted using rat animal models that had normal sexual activity, and on those that had their genital area anesthetized.

The rats were orally administered crude extracts of Montanoa tomentosa   for a period of 6 weeks. Results showed increased mating behavior and arousal in both groups of rats.

More in-depth studies uncovered that crude extracts of Montanoa tomentosa directly influenced the neuronal spinal system that is in charge of erection and ejaculation motor patterns.

The plant has also been found to exhibit anti-anxiety effects, this also contributing to the aphrodisiac effects, as it lowers stress and anxiety levels associated with sexual frustration and impairment.

Pausinystalia yohimbe  is a tree native to Africa,  but that can also  be found in Asia. It has been used to treat erectile dysfunction for over 75 years. In fact, it is the first plant to be approved by the FDA for treating male impotency.

It works by stimulating blood vessel dilation and therefore increasing blood flow to the penis. Yohimbe also stimulates the production of norepinephrine, an essential hormone involved in penile erection. Treatment with yohimbe can improve penile erection even in males suffering of diabetes and cardiovascular diseases. 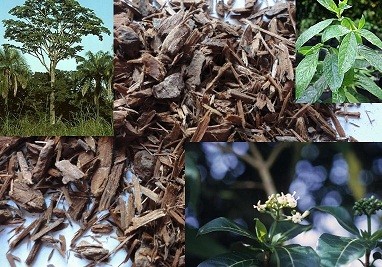 Studies have shown that Yohimbe also stimulates pelvic nerve ganglions and are able to increase the supply of adrenaline to nerve endings.

These effects translate into an increase in sexual pleasure and stamina.

An interesting study looked to analyze the effects of Yohimbe treatment of men that had been suffering from orgasmic dysfunction.

The participants initially receive a 20 mg dose of Yohimbe extract, and where allowed to increase their dose at home. Out of the 29 participants treated with Yohimbe, 16 managed to achieve climax and ejaculate during sexual activities.

This plant has been proven to not only be an effective treatment for erectile dysfunction but also for those suffering of orgasmic dysfunction.

Satureja khuzestanica Jamzad of  the family Lamiaceae is a plant found in the Southern part of Iran.

A closer analysis of the male rats involved in the study showed that not only has their sperm count increased, but also the number of Leydig and Sertoli cells (cells involved din the production of testosterone and sperm cells).

The essential oil extracted from this plant has also been shown to have liver protection and anti-oxidative stress properties. Studies support the use of Satureja khuzestanica  as a safe aid for infertility treatments.