4 Hugs a Day Keep the Doctor Away!

Who doesn’t love to snuggle under the blanket with their significant other, or fluffy teddy, or half empty bottle of scotch, whatever your partner of choice. The warm fuzzy feeling we get from it is undeniable, yet you may not know it but it is pure medicine. A prescription of 4 hugs a day is what you need to lead a longer, happier and healthier life.

A study published in the journal of Psychological Science, on fears and self-esteem concluded that non-sexual touch such as hugs and hand holding can greatly reduce the worry of mortality. Amazingly the study found that hugging even inanimate objects, such as plush teddies, will reduce an individual’s existence related fear and lower anxiety levels.

Another research on maternal-infant interactions between rats yielded interesting results on affection as well. The study discovered that babies that received significant time being groomed, licked, and nursed grew to become adults that were more capable of dealing with stress than the ones that did not receive as much attention. Researchers are confident that the same interactions apply to humans as well. The way an adult copes with stress is directly linked to the way they were nurtured as babies, not just the way they were born.

Hugs have been proven to stimulate the release of dopamine in your brain. Low levels of dopamine is associated with procrastination, pessimism, self-doubt and lack of motivation. A healthy dose of 4 Hugs a day is the direct antidote. During studies MRI and PET scans, the brain showed increased release of dopamine when the participants were exposed to music that they liked and especially when hugged. Even the anticipation of such moments has been shown to increase dopamine levels.

Fighting off disease with 4 hugs a day

A study looked to research the possible benefits of therapeutic touch for patients who undergo surgery. Patients who undergo surgery often experience pain and anxiety. Therapeutic touch involves the use of non sexual touch such as hugging and hand holding. The study found it promotes relaxation, improve the healing process, reduce pain and alleviate certain symptoms. Although the process is not well studied, researchers feel confident that touch can be used as an adjuvant for recovery in post-surgery patients.

Hugging has been shown to increase oxytocin levels in both males and females and lower blood pressure. A study examined the levels of oxytocin and blood pressure in 59 couples before and after hugging with their partners. They found that partners that hug more frequent have lower blood pressure, heart rate and higher oxytocin levels. During this experiment participants who didn’t have any contact with their partners had a higher heart rate by 10 beats per minute than those who were allowed to hug their significant other. 4 hugs a day, more happiness and less heart attacks. 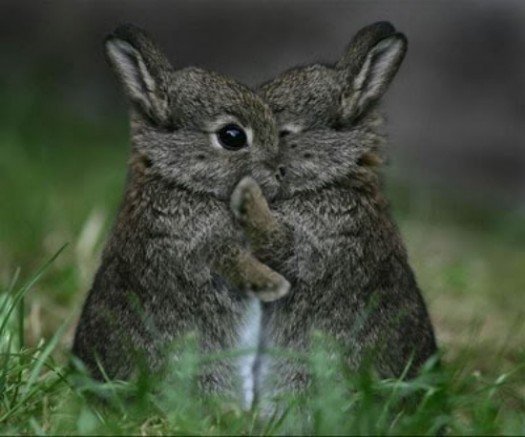 Another particularly interesting research set themselves to analyze the effects of hugging on resistance to infection and illness signs. 406 healthy adults were examined. For the first 14 days the participants were interviewed to asses the number of hugs received over the day, and the number of conflicts experienced. After which, the participants were exposed to a simple virus that causes the common cold, and put in a quarantine to be examined for infection and signs of illness.

The data they obtain showed that hugging can convey feelings of caring, empathy and reassurance.  Using this medium to communicate concern and affection aids the receiver to counter the effects of stress, boost their immune system and cope better with disease. Participants that received more hugs we more protected against the disease, and showed a lower rate of infection.

Among those infected, the ones that received more affection showed less symptoms of illness. These findings suggest that those who regularly receive hugs are more protected than those who do not. It was found that hugs on non-stressful days are as important as those highly stressful days. A minimum of 4 hugs a day can be and should be given not only as a tool to soothe the sick, but also to prevent sickness and stressful situation.

Putting the science aside, we all need affection in our lives. The benefits are immediate, comforting and healthier than stuffing a fist full of medication down your throats. 4 hugs a day, will keep those pesky germs at bay!

Also if you have a product that you would like me to review and research, I gladly welcome the challenge.